Rear Admiral Dato Hanafiah bin Hassan was born in Kluang, Johor on 15th Feb 1967. He joined the Royal Malaysian Navy (RMN) on 16th Jan 1986 and was commissioned on 16th Jan 1988 as a Naval Officer in the Executive Branch with the rank of Acting Sub Lieutenant. He was inducted into the Naval Hydrographic Service on 16th Nov 1992 after completing the Basic Hydrographic Course at Japan Hydrographic Department, Tokyo. With his excellence service, he continue to rise in the hierarchy of RMN leadership. On 31st May 2018, he was appointed as the Director General of National Hydrographic Centre (NHC) with the rank of Rear Admiral.

Rear Admiral Dato' Hanafiah was appointed as the Chairman of the Joint Task Team of Malaysia in search of Malaysia Airlines MH370 at the Joint Agency Coordination Centre, Canberra, Australia from 25th May 2014 to 1st November 2014. He was responsible in advising and determine the needs of the assets which were deployed for the search mission. In addition to that, he was an intermediary between Malaysia and Australia Technical High Level Task Force. 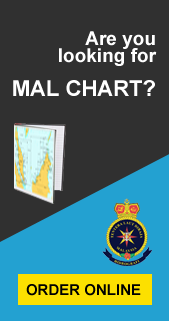